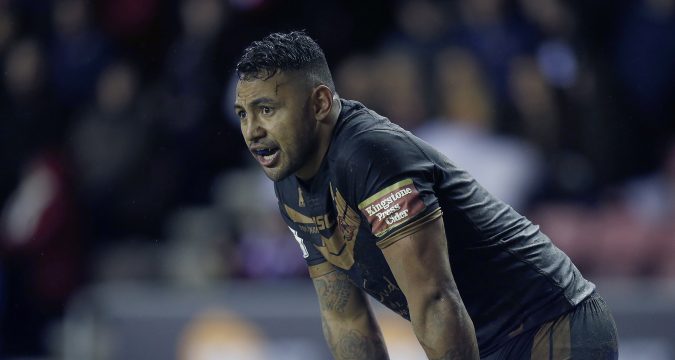 Catalans Dragons could be without Krisnan Inu for FIVE matches after he was charged with a Grade D dangerous throw.

The centre has been charged following a spear tackle on Giants forward Eorl Crabtree that saw him sin-binned by referee Ben Thaler.

Crabtree had posted a picture of the tackle on his twitter account after some said it was a fair tackle.

Crabtree’s teammate Joe Wardle has been charged with a Grade C high tackle after he was red carded in Huddersfield’s 46-26 defeat to the Dragons.

Wardle was sent-off in the 49th minute for a tackle on Remi Casty the and could miss two or three games.

Meanwhile, Matt Cook has been charged with Grade B dangerous contact for a tackle that saw Brad Dwyer limp off the field.

The offence normally results in a one or two-game punishment, however the RFL could take further action like they did with Hull KR hooker John Boudebza after a tackle he committed on Michael Shenton.