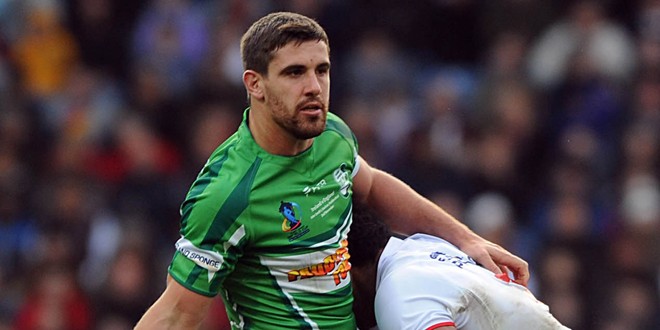 Rugby League Ireland can look back on 2014 as a year of progress domestically, internationally and financially, according to RLI Director Conor Kelly.

“As we were about to wrap up for the year came the best present of all,” revealed Kelly.

“The Irish Sports Council called to say our capital grant application was successful and we had sports equipment for all our clubs and representative teams valued at €45,000.

“It was a huge finale for a very exciting year and we look forward to a future of rugby league across the whole of Ireland.”

In the European Championship, the underdog Wolfhounds were a try away from winning the competition and booking an early place in the 2017 Rugby League World Cup, finishing joint-top of the group.

RLI took two games back to Tallaght Stadium in Dublin, where they successfully hosted matches in the 2013 World Cup, achieving their highest ever gate thanks to a link with GroupOn.

Their performances saw them climb the world rankings table from tenth place to seventh.

There was heartening progress at junior level after the Rugby League International Federation rewarded RLI with a grant for the creation of a youth performance pathway, the results of which were Ireland U19 fixtures against Scotland and Wales towards the end of the year.

Kelly and his colleagues also put a plan together for a Schools State of Origin competition.

“Importantly, too, the Irish Sports Council granted RLI our first ever development grant.  A toe in the water, but a massive breakthrough,” continued Kelly.

“I worked with Anthony McCreery and Wayne Finnerty to create a training plan with three schools in the Drogheda area which culminated in a series of 9s ‘blitzes’.

“They then linked with Wayne Kelly at Belfast Met to arrange an inter-provincial schools two-game series which was a great success.”