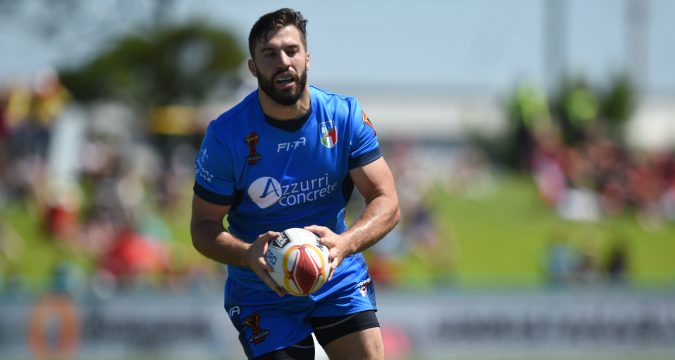 Huddersfield’s Shannon Wakeman has been included in the Italy side to face USA.

The prop has been the subject of an internal investigation following an alleged altercation with teammate James Tedesco.

But both he and the New South Wales fullback have been included in the Azzurri side that will take on Brian McDermott’s USA.

Terry Campese will make his return in the match, with the former Hull KR halfback replacing Jack Johns, while Christopher Centrone has replaced Colin Wilkie

McDermott has changed three of his interchange options for the contest. Sam-Tochterman-Talbott, Gabriel Farley, Fotukava Malua have all been called up to start from the bench, replacing, Andrew Kneisly, Joe Eichner, Josh Rice.