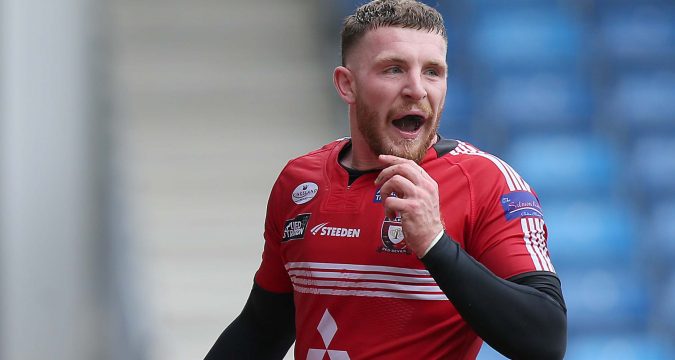 Jackson Hastings has declared his interest in playing international rugby for England.

Hastings, who has received offers from current club Salford and Wigan for 2019 after helping guide the Red Devils to safety, admits he is open to the possibility of representing England as soon as this year if he is called up.

The 22-year-odl qualifies via his grandmother, who was born in Plymouth but passed away two years ago, and admits it would be a dream to honour her heritage by playing for Wayne Bennett’s side.

“If I was to be given the chance by England to play for them, I would jump at that,” he said.

“It’s up to them. If they see I could help them win I would love to have a chat to see if I fit in.

“It would be up to the boys in that team and the coaching staff to see if I’m a good fit. If it’s decided I’m not, I’ll cop that and take it on the chin, 100 per cent.

“But English rugby league is growing, and you could tell by their performance in the World Cup final they’ll be a great nation going forward and they’re only going to improve. But it’s in my contract that I’m available to play and the ball is in their court.

“My nan was a proud English lady, she was proud of her heritage and I’m proud to be playing here.”

To hear more from Hastings about his England dream and his plans for next season and beyond, make sure to grab a copy of this week’s League Express – or click here to download it now.