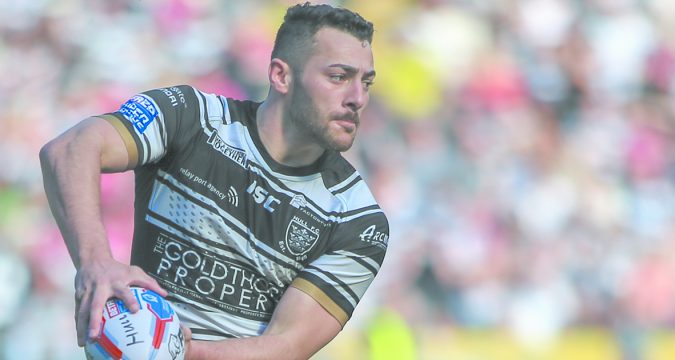 Jake Connor has been given the number six jersey at Hull FC next season.

The 25-year-old has been given the starting halfback number for the new campaign in what will be a big boost for the Great Britain international.

Connor’s desire to play in the halves has been well documented in the press. Yet the Halifax-born star has been used predominantly at centre both domestically and internationally during the last few years.

But the decision to give him the number six jersey suggests a more prolonged spell in the halves next year. He takes the jersey off Albert Kelly, who will now wear the number 14 jersey made vacant by Connor himself.

Connor has had an inconsistent year. Despite showing signs of his undoubted brilliance, he also drew criticism for his inconsistency and petulance. He ended the year with six tries in 26 games for the club, and was sin-binned three times.

However, Lee Radford has now put trust in him to deliver the goods next year.