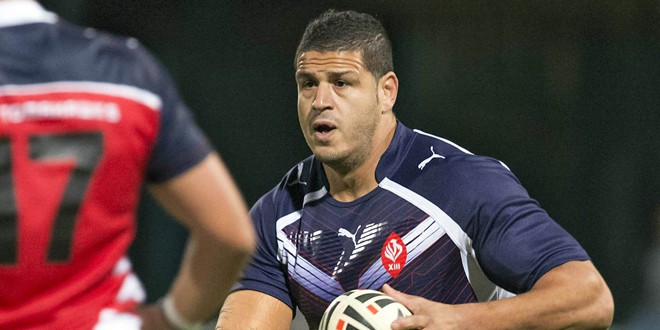 Dropped Catalan prop Jamal Fakir has been released by the club, after he refused to play for their reserve team, Saint Esteve XIII.

In the wake of the Dragons horrific start to 2014 – which has seen them lose all four of their opening games – Fakir was placed in reserve grade, but has refused to play, and has called halt on his career.

The club also claim that Fakir turned down offers from other clubs to continue his playing career, stopping playing with immediate effect.

Catalan CEO Christophe Jouffret said: “Jamal has been a key player in the team since the beginning. He became one of the most feared prop in the competition.

“He is an honest and responsible man and had the courage to admit that he was not 100%.

“He prefers to stop playing for the moment rather than cheating. The whole club wishes him all the best and will support him for its future choices.”