Damon Cooper writes about the efforts being made to commemorate the life of his former Student Rugby League team-mate James Burke, who took his own life four years ago, but has certainly not been forgotten.

A team of former Rugby League players are tackling suicide by promoting a book recently published which covers one player’s mum’s experiences since her son took his own life.

The book ‘In my Defence – Life After Suicide: The things no one tells you, but they should!’ is the story of what happened after the suicide of a young man called James Burke. It was released last month and has sold over one hundred copies within weeks.

The photo above shows James’ former team-mates with Ryan Bailey and Brett Deleney holding up a fleece with the James Burke Foundation logo.

Since James took his own life in 2017, his former team-mates have run marathons, hosted mental health events, put the charity’s logo on the university’s Rugby League jerseys and have played games in his honour along with much more to raise funds and awareness to tackle mental health.

“Big thanks to all those who helped make our Pyramid Party fundraiser happen, we managed to raise over £2000 for the James Burke Foundation.” wrote a former team-mate on Facebook in 2017 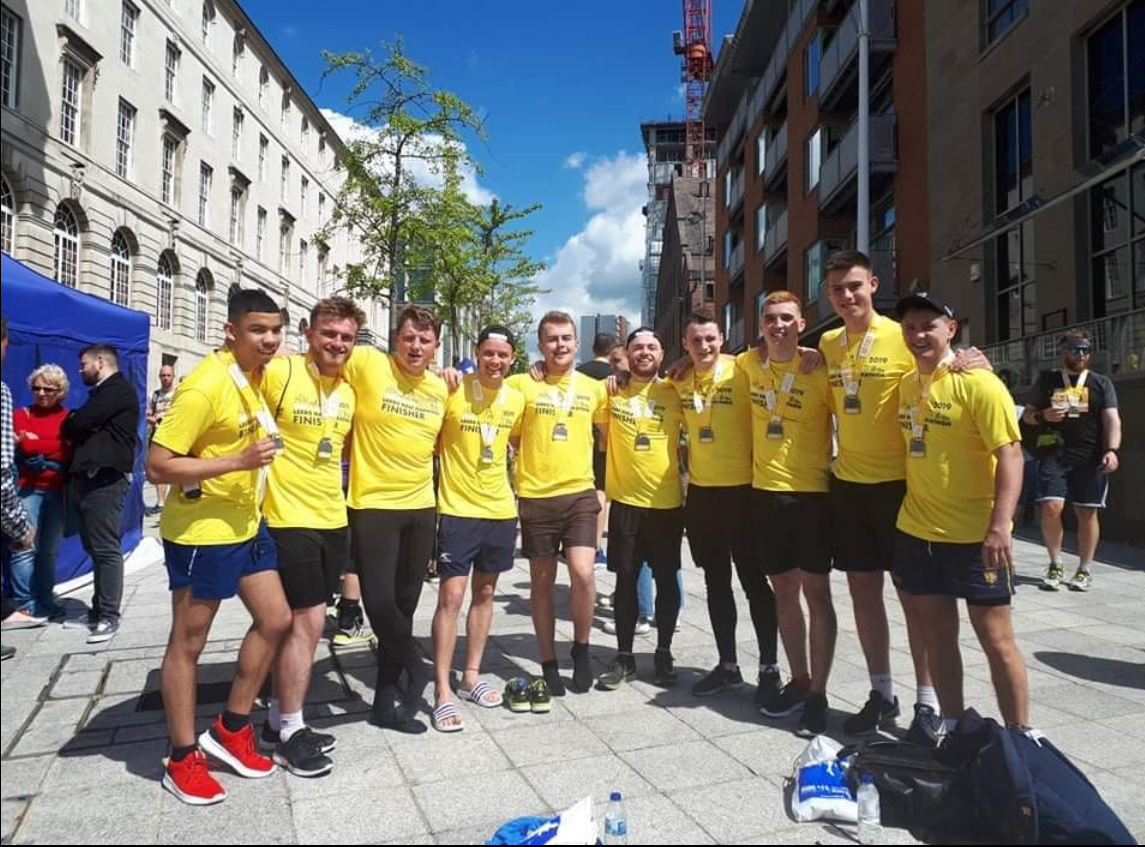 In 2019 The James Burke Foundation teamed up with Stevie Ward’s Mantality to run a series of workshops at Leeds University student union on mental health day. Sharon Burke, James’ mum, has recently trained up to be a mental health first-aider to assist when a crisis arises or ideally to prevent one from happening in the first place.

“I want James to have been for something, I desperately want to turn this huge negative into a positive,” she says.

“The James Burke Foundation needs to be and will be synonymous with positive things.”

Sharon got involved during the formative days of Jamaica Rugby League through Dean Thomas, the Caribbean Islands first ever head coach, who led the Reggae Warriors for their debut against the USA in 2009. She raised funds, helped sort arrangements for their UK games and visits and even visited Jamaica herself in 2006. Most of the staff who worked at the hotel where Sharon was staying were not aware of Rugby League, but she credits Romeo Monteith for working so hard and spreading the word since.

“Sharon and The James Burke Foundation have been a credit to Bramley Buffaloes. We’ve done a lot to support them too but the Rugby League community as a whole could do more to push this cause by giving Sharon a platform.” Martyn Cheney, Chair of Bramley Buffaloes recently pleaded in the West Leeds Dispatch

You can buy Sharon’s book via Amazon here: https://www.amazon.co.uk/Defence-Life-After-Suicide-things-should/dp/B08TZBV31D