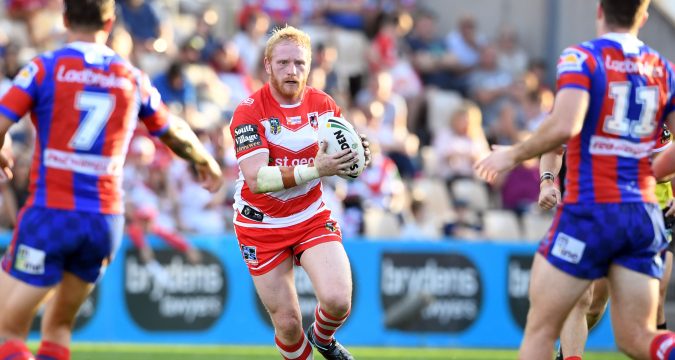 He’s fast becoming one of the best front-rowers of his generation: and James Graham’s outstanding career will gain another accolade on Thursday night when he becomes only the fourth member of a very special club.

Graham will become only the fourth player in history to have racked up 150 appearances in both top-flight Australian and British rugby league this weekend, providing he plays for St George against Parramatta on Thursday – which he is expected to do.

The former St Helens forward joins Greg Mackey, Tony Puletua and Joel Monaghan as the only other players to have made 150 appearances or more in the top domestic tiers on both sides of the world.

Their numbers, per NRL.com, read as follows:

Still only 32, there is still the possibility that by the time Graham hangs up his boots, he could yet become the only player in rugby league history to make 200 top-flight appearances in both Australia and England.

He would need to make another 50 appearances in the NRL after Thursday night – something which is certainly not impossible.

Graham became the first England player to earn 40 caps for his country over the weekend in Denver, subsequently earning the ‘golden lion’, which he wore on his shirt.