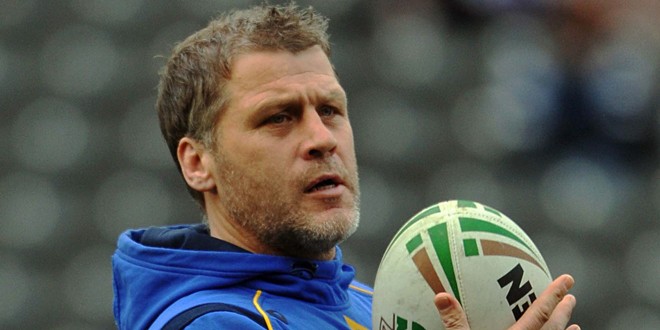 Bradford coach James Lowes last night hailed the efforts of his players after the Bulls came from behind to record a third-straight Super League victory.

The Bradford chief looked on as the Provident Stadium side overturned a two-try deficit to seal a win over play-off hopefuls Hull FC.

The Bulls trailed 12-0 following a one-sided opening but were back within two points by half-time.

And a rip-roaring start to the second period proved the difference, despite a late fightback by the visiting Black and Whites.

“We made a disappointing start to proceedings and were poor in contact,” said Lowes.

“It is an area in which we have worked extremely hard but we let ourselves down in periods of yesterday’s game.

“In an attempt to make up for it, we tried to slow down the play and it ended up with us giving away penalties, which ultimately allowed Hull to score tries.

“However, I thought the way we battled back was brilliant and the boys can be very proud of their efforts.

“These players no longer throw the towel in and give up. There is a different bounce about them nowadays and it has come with confidence.

“I thought we were excellent for the majority of the second half. It was clear to see just how hard they are willing to work for each other.”

Lowes is hoping for more of the same in the weeks ahead, with games against Castleford Tigers, Widnes Vikings and London Broncos still to play.

“Being in the position we are in, we have a great opportunity to now finish the season strongly,” added the Bulls boss.

“We must ensure we have the right mentality heading into pre-season training in order to help the new guys coming in.”