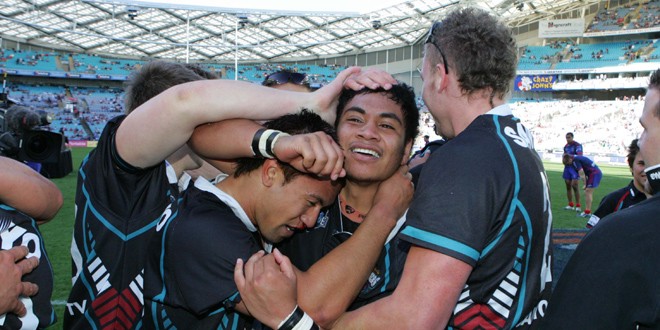 Penrith back James Roberts has had his career thrown into doubt, after he was sacked by the Panthers on Friday.

Roberts – who was shown the door by South Sydney for repeated incidents off the field in 2012 – was given an opportunity by the Panthers to resurrect his career, but they have now shown him the door.

The club released a statement confirming the release of Roberts, stating: “Panthers General Manager Rugby League Phil Moss has today informed player James Roberts that the club would be releasing him from his contract, effective immediately.

“The club will not be making any further comment on the issue, other than to say Panthers has no objection whatsoever to James joining another NRL club to pursue his dream of a rugby league career.

“We wish James all the best for the future.”

It is another hammer blow for the career of Roberts, who is currently on the injured list after suffering a broken ankle in pre-season.