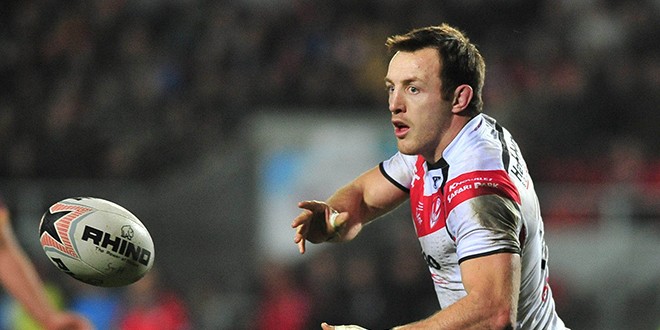 St Helens hooker James Roby claims that Saturday’s Grand Final victory is the best one he’s experienced, after Saints triumphed in the face of adversity, defeating arch-rivals Wigan 14-6 to claim their first Super League crown since 2006, when they defeated Hull FC.

Having lost on five occasions since then, Roby believes that after so many injuries throughout the course of 2014 it made for a special feeling when the final hooter went on Saturday night.

“It’s amazing to win one after so long; we’ve been on the end of so many bad results, so to come here and finally win one when we’ve been battling adversity makes it even sweeter,” Roby said.

“It’s the best one yet without a doubt and it has been a long time coming. This is the ultimate goal, and when that final hooter went it was a combination of relief and joy. Roby became just the third hooker in history to win the Harry Sunderland Trophy on Saturday night, and he admitted it was “unbelievable” to get his hands on the trophy.

“You dream of being a professional and winning trophies, so to get the Harry Sunderland Trophy is unbelievable. I’m trying to savour it and remember this moment.

“I didn’t have a bad game out there, and I’m delighted to get my hands on the trophy.”