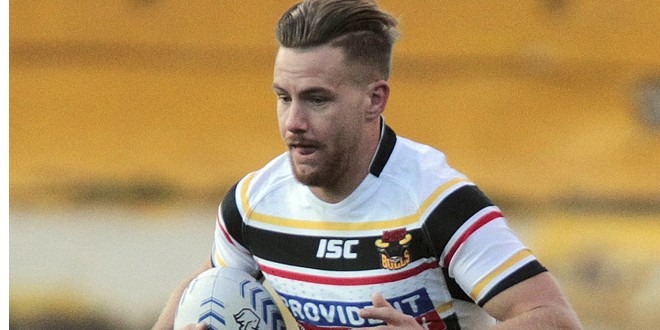 Despite being rooted to the bottom of the Super League table, Bradford Bulls winger Jamie Foster is confident his side can produce an upset against one of the league’s best teams tonight at Odsal.

Bradford and West Yorkshire rivals Leeds Rhinos kick off their Easter programmes in traditional fashion, with a local derby between the two sides. And Foster, who returned to Bradford’s squad recently following injury, insists that an upset is more than possible as the Bulls seek to haul themselves up the table.

“It’s a massive game and if we can perform then I think we would take more confidence out of it than any other fixture in Super League.,” he told the Telegraph and Argus.

“If we can knock teams like this over then you will have people speaking about Bradford in a totally different way. The start of the season hasn’t been fantastic for us but there is a boost that comes with a derby.

“It’s a big opportunity for us and would be massive to beat Leeds, especially when you consider the fantastic form they are in.”

Want more Rugby League news and features? Subscribe to the online version ofLeague Express newspaper and Rugby League World magazine. You can also connect with Total Rugby League on the social media platform of your choice.