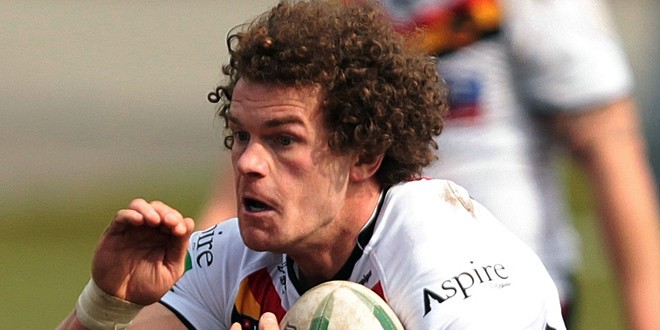 Hull KR’s Jamie Langley is enjoying himself so much at his new club that he already wants to extend his stay.

The 30 year-old signed a 12-month deal with the Robins after his release by Bradford Bulls, where he had previously spent his entire career. But he has been so impressed by what he has seen that he is already looking at plans for 2015 and beyond.

“Moving clubs after so long at Bradford has been a new challenge for me, but one that I have embraced,” Langley told League Express.

“When you been somewhere for so long you know the place inside and out, so I’ve had to get used to a new environment, new people and a new club set-up and that has been good for me.

“People say a change can freshen you up, and I agree with that, because you have to earn respect again with your new team.

“Things have been going really well since the move and I am really enjoying it so far.

“It is a good time to be somewhere like Hull KR because they are making a lot of improvements and strides off the field too. We have the board’s backing and they are doing everything they can to take the club forward.

“The deal was for a year with an option, so I do think I could end up staying on here and all being well I’d love to. It’s a good club and we’re going in the right direction.”

The move to Craven Park has also seen Langley team up with a couple of faces from his past.

In 2002, when Langley was just breaking into the Bulls’ first team, he captained the England Academy side to their first ever win over the Australian Schoolboys, a squad that included fellow Hull KR new boys Michael Weyman and Justin Poore.

“It seems like an age ago now that we played in that game,” added Langley, who admits that banter regarding that game has been kept at a minimum since the reunion.

“When Mick first arrived over here we had a bit of a catch-up about it, but it was a long time ago now so those days are behind us and we are getting to know each other as team-mates now.

“It is quite funny that we’ve all ended up in the same place all these years later.”