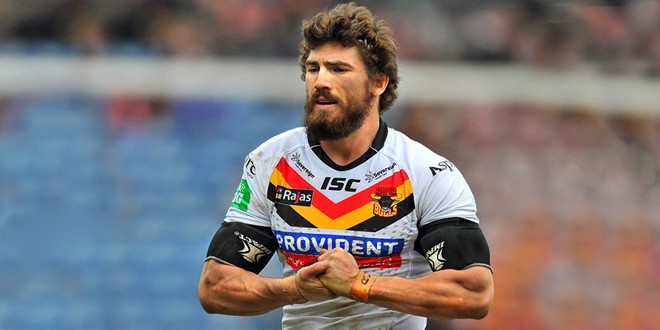 Jarrod Sammut has become the latest high-profile player to walk out on the Bradford Bulls.

The Malta international, who scored 45 tries in 70 Bulls appearances, has joined Wakefield Wildcats on a two-year deal after asking to be released from his contract.

Garreth Carvell also turned his back on the Odsal outfit this week when he re-signed for Hull FC. The loss of Sammut, one of the team’s most influential players, has compounded the club’s problems and blackened an already dark cloud above them.

Indeed, with a potential six-point deduction looming large, the Bulls must be favourites to join London Broncos in the relegation spots at the end of 2014.

Wakefield chairman Michael Carter said: “We recently got into dialogue with the Bulls regarding Jarrod and we’re pleased to have reached a conclusion that is mutually beneficial for all parties.

“We look forward to welcoming Jarrod to the club and all associated with the Bulls to the Rapid Solicitors Stadium next week for our home opener.”

A Bradford statement said: “We entered into negotiations with the Wakefield Wildcats and have come away with all parties agreeing a happy resolution. We would like to thank Michael Carter and his team at Wakefield for the part they played during this time, they have proven themselves to be extremely professional.”