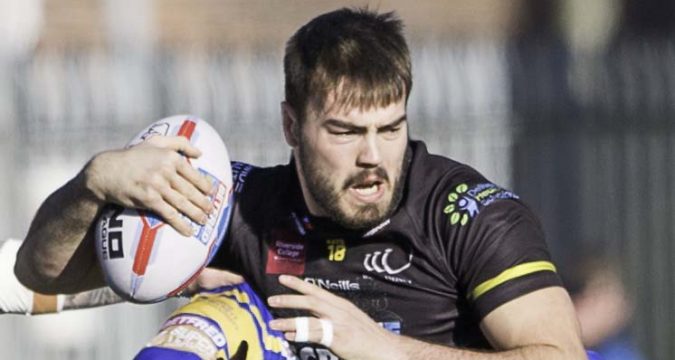 Jay Chapelhow has committed his immediate future to the Vikings by signing with the club until the end of 2019.

The forward is an academy graduate of the Vikings and has been with the club since 2011.

He has now made 47 appearances for the Vikings’ first-team.

“It was quite an easy decision for me,” said Chapelhow.

“I just wanted to see where I saw myself playing my best rugby, and what the best club would be to develop as a player, and for me it’s being at Widnes Vikings.”

Meanwhile, the club have also announced the re-signing of outside back Lloyd Roby and the capture of Joe Edge from Warrington Wolves.

Roby made his first-team debut for the Vikings in 2017 while Edge started his career with the Vikings before moving to the Wolves. He played for England’s youth team in 2015.