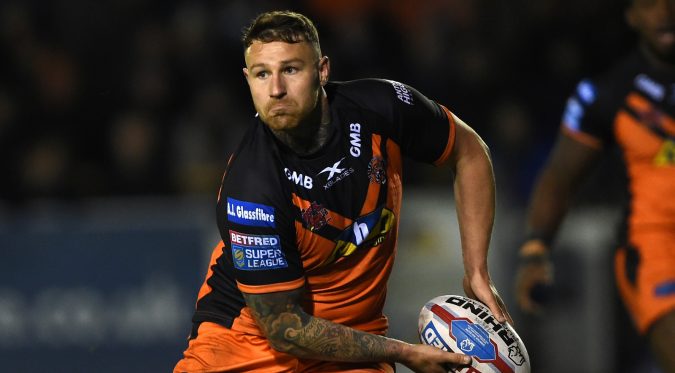 Castleford Tigers have no plans to bring in a replacement for Jamie Ellis.

As revealed in League Express last week, Ellis has left the West Yorkshire side to return to Hull Kingston Rovers. He has signed a one-year deal with Tony Smith’s side, and returns to the club he helped to win promotion back to Super League in 2017.

That departure, as well as the extra cap space Castleford generated as a result of Luke Gale’s exit to Leeds, has left many supporters wondering whether an extra pivot will be brought in to bolster their ranks in the halves.

But League Express has learned that there is no intention from the Tigers at this stage to go out and sign a halfback. They are happy with what they have got in that regard. Richardson is expected to form a dynamic, exciting pairing with Jake Trueman, while a number of players can also fill in at halfback if required.

Jordan Rankin is no stranger to the position, having operated there on many occasions in the past, while Peter Mata’utia, who is Rankin’s main rival for the fullback spot, is another who has played halfback previously in his Castleford career.

Paul McShane has also deputised there, as has versatile forward Grant Millington – leaving the Tigers content with their stock in the halves should any injury.

There is, however, the scope to do further business as the season rolls on as a result of Ellis’ departure. But for now, there will be no replacement. Ellis had an initial spell with the Tigers between 2012 and 2014 before returning to the club ahead of the 2018 campaign. He made 25 appearances for the Tigers during that spell, scoring 155 points.

“The club would like to thank Jamie for his contribution to the Tigers over the past two seasons,” Castleford director of rugby, Jon Wells, said.

“He leaves with our best wishes; and on a personal note I would like to add that Jamie has conducted himself with the utmost professionalism in what has been a difficult and uncertain few weeks for him and his family.

“The Tigers family wish him well in the next stage of his career.”