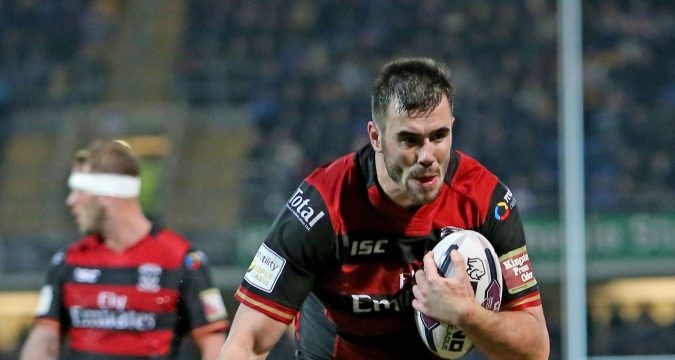 The court was informed that Cox was suffering from shoulder, knee, ankle and back injuries as a result of his career in the sport and had been prescribed drugs to ease the pain.

But he overdosed on the drugs Diazepam, Pregabalin and Oxycodone that caused his heart to stop.

Assistant coroner Ian Sparkes said: “The medical cause of death is given as drug poisoning.

“This is an extremely sad, untimely and tragic death of a young man. Jordan was only 27 years old.”

Jordan’s mother, Amanda, paid an emotional tribute to her son.

“To other people, he was a 6’5, 18 stone rugby player, but to me he was my son Jordan who asked for a hug when he wanted one and would do anything for his grandma.

“It didn’t matter if you knew Jordan for 27 years or 27 minutes, he was your friend for life.

“Jordan was a larger than life character, he enjoyed playing the part of the joker in the pack. He loved making people laugh and could start a conversation with anyone.”