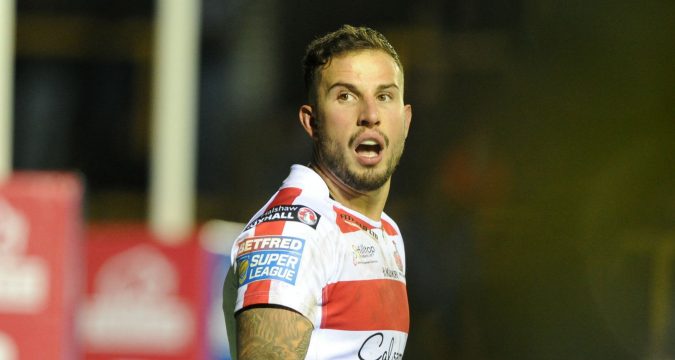 Neil Jukes has admitted Leigh Centurions would like to keep Ben Crooks at the club upon the completion of his loan spell at the end of the season.

The 24-year-old has spent the year with the Centurions after Castleford allowed him to leave following the arrival of Zak Hardaker at the Mend-a-Hose Jungle.

But the former Hull FC man remains under contract with the league leaders until the end of next season, leaving his future in the balance.

It’s understood negotiations are underway between the two clubs, which would see Leigh retain his services moving forward, although no deal is thought to have been agreed at this stage.

Crooks has been a regular for the Leythers this season, scoring seven tries in 20 appearances.

“He’s been good for us this year. He’s young, he’s British and he likes the club having made some friends. Hopefully we can try and do something with him moving forward, but it’s not a simple one because Castleford are involved and we’ve got to make sure it’s on the right terms for all three parties.

“He’s shown an interest to stay with the club and we’ve acknowledged our interest with his agent, but we still have some negotiations to do and we’ll see where we get to in the next few weeks.”

Meanwhile, Jukes also confirmed no decision has yet been made on Micky Higham’s future.

The veteran hooker told League Express that he is not ready to retire at the end of the season, although Jukes said the priority is to secure survival in the Qualifiers before making a final decision.

“We’re going to assess where he’s at when we come through these eights,” added Jukes.

“One way or another Micky will be a part of what we do next year. I think Micky and I are just really focused on the job at hand. Once we know where we’re going we’ll discuss the future with him.

“For his peace of mind, the contract he has means he will be involved next year in one capacity or another.”