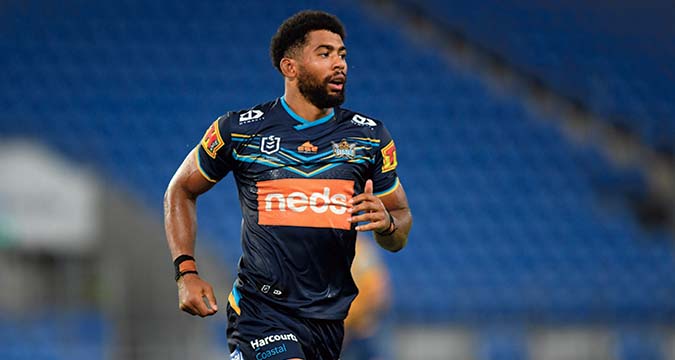 Kallum Watkins has yet to play a single game for Toronto but has already been offered to rival clubs.

TotalRL can reveal his management, Pacific Sports Management, has made him available to Super League clubs today.

Clubs received an email to confirm Watkins was open to offers.

Watkins, an England international centre, only completed a move to the Wolfpack in May on a three-year deal.

But the withdrawal of the club from the 2020 season has led to agents offering their players to squads, despite the fact the Wolfpack intend to play next season.

Toronto will not feature in this year’s Super League after dramatically pulling out of the competition on Monday and they fear they may face expulsion, with CEO Bob Hunter set to give a presentation to their counterparts on Thursday.

Watkins’ availability comes after his partner, Sophie, described the situation as a ‘s**t show’.

“There’s a lot of people owed money. It’s just a disaster. I don’t think people understand the mental stress it puts on people. Some of the players with kids, mortgages, bills – I’m worried. It’s crazy.”