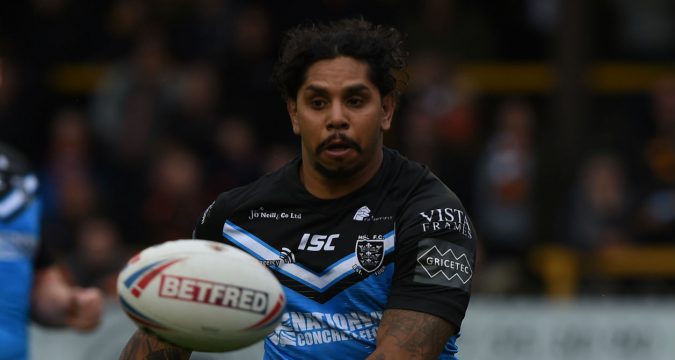 Albert Kelly could yet stay in Super League in 2021.

The Hull FC halfback confirmed earlier this season that 2020 would be his last, not only with the Black and Whites, but in the UK. He declared his intention to return home to Australia with his young family, but that has not stopped several clubs showing an interest in the 29-year-old.

Leigh Centurions have, as League Express revealed last week, shown an interest, but a move there is considered unlikely. However, at least two Super League clubs are believed to have spoken with Kelly and his management in a bid to see how interested he would be to stay in England for at least one more season.

At the time his Hull departure was confirmed, Kelly commented: “I’m grateful for the opportunity this great club has given me and the special memories it has given me and my family. I’ve been here in the UK nearly six years and now that the kids are getting older I think it’s the right time to head home.

“Hull in general will always have a special place in our hearts as my son Boston was born here. Hopefully down the track I can bring him back and watch a game or two.”

But with Kelly not yet signed for anyone back home in Australia, several top-flight clubs are eyeing up a move for the halfback should he change his mind and decide to play in England again in 2021. An extension at Hull, however, remains off the table, League Express understands.