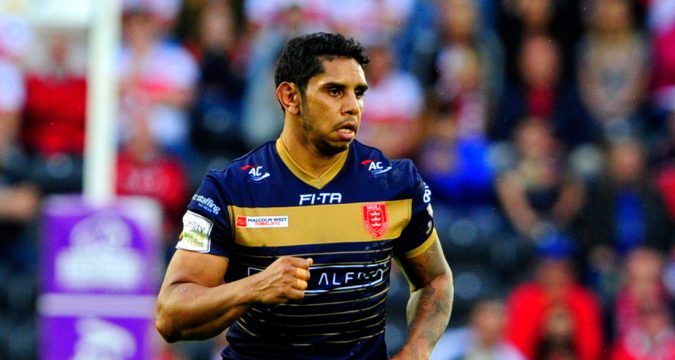 Hull FC coach Lee Radford has revealed that new signing Albert Kelly could make his debut for the club this Sunday – against his former team, Hull Kingston Rovers.

The two Hull sides meet for the traditional pre-season friendly at the KCOM Stadium on Sunday, with Radford likely to field a young side again, just as he did on Boxing Day against Castleford.

However, Radford has hinted that Kelly, who recently joined Hull on a free transfer after being released by the Robins at the end of last season, could be set to feature.

“We’ll be deciding on the make-up of the squad over the next twenty-four hours, but Albert could be in line to feature,” Radford told the club’s official website.

“It is another great chance for our younger squad to test themselves against decent opposition and for some it will be there first taste of playing at the KCOM Stadium which is exciting for them.

“Albert is also chomping at the bit to get his first taste of playing in front of the home fans so he might get a run out too, whilst it is another chance for our other lads to impress.

“It presents a great opportunity for the players to stake a claim and give our home crowd a look at potentially some stars of the future.”