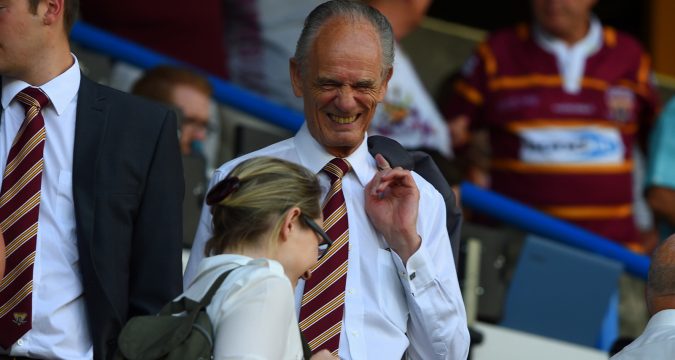 The Board of Super League (Europe) have today voted to elect Ken Davy as its Interim Chairman.

Davy is the longest serving Super League club Chairman, having been in post since January 1996, but he has now temporarily stepped down as Chairman of Huddersfield Giants to focus on taking Super League forward in the short term.

Davy, a successful businessman, entrepreneur, and philanthropist, negotiated the departure of Super League’s former Executive Chairman Robert Elstone last month. And now he will play a key role in determining the future of the organisation, which was created in its current form in 2021.

“We have tremendous relationships with our broadcast partners, Sky Sports and BBC Sport, our commercial partners, including title partner Betfred, and of course all the fans across the game. This Autumn this country has the exciting prospect of hosting the Rugby League World Cup, which creates a great opportunity to share Rugby League with a wider audience.

“By working together, I believe we can create opportunities to grow the game and our support for the benefit of all concerned.”