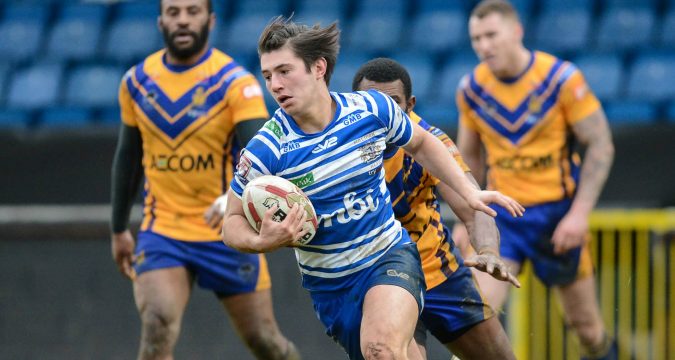 Halifax have been handed a double boost ahead of their clash with Widnes after being able to name James Saltonstall and James Fairbank in their 19-man squad.

The pair have been out through injury but have been declared for the visit of the Vikings.

Former Huddersfield forward Fairbank has been dealing with a hand injury and missed their opening Qualifiers match with Hull Kingston Rovers, despite making a premature return for the previous encounter with the Robins.

Meanwhile, Saltonstall has missed over two months of action through injury which has disrupted an outstanding start to the campaign.

The winger scored 14 tries in his opening 16 matches for Fax this season and could return against Denis Betts’ side.

Widnes have made just one change to their squad for the visit to The Shay, with youngster Danny Walker replacing Rangi Chase following his suspension following a positive drugs test.