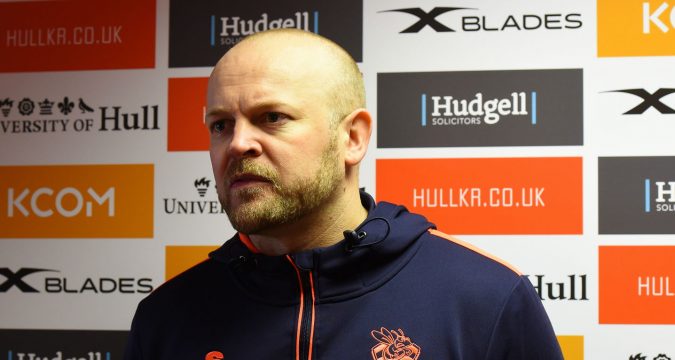 Rochdale Hornets coach Alan Kilshaw has hit back at what he describes as “unfair” criticism of the way his team play from rival Championship coaches.

For two consecutive weeks, the Hornets have been criticised by Bradford’s Geoff Toovey and Batley counterpart Matt Diskin after recent meetings with Rochdale.

And Kilshaw admits that while his side are “no angels”, he has hit back at Toovey and Diskin with a strongly-worded response.

“We are no angels,” he said. “We play an aggressive brand of rugby league but we also play entertaining football.

“I would prefer people to get their own house in order before attacking my players with false statements. If we are the only team to try and disrupt the other teams and stop them playing then Rugby league must have changed.

“This unfair label has come after the (League 1 Promotion) final last season when again excuses were made from the opposition instead of giving credit where it is due.

“My main concern is we are now getting an unfair reputation and it’s tarnishing the clubs achievements. Other coaches are using this and trying to influence referees and touch judges’ decisions.

“I will always back my players but we will also put our hand up if we have done things wrong. On both these occasions I feel the criticism from both Geoff and Matt has no substance and is disappointing”

Kilshaw also referred to a specific incident in Sunday’s narrow defeat to Batley.

He continued: “I was really disappointed as two weeks running coaches have chosen to criticise my players, implying we are slowing games down on purpose.

“This Sunday the longest stoppage in the game was for a Batley player who had been knocked out, which rightly so deserved attention and the correct protocol was followed.

“A small stoppage in the first half was made when Gary Middlehurst had to change his shirt and be strapped up because of a cut.

“If the match officials need to speak to both teams and stop the game we don’t have an impact on that, that’s the duty of both sets of players to be disciplined.”