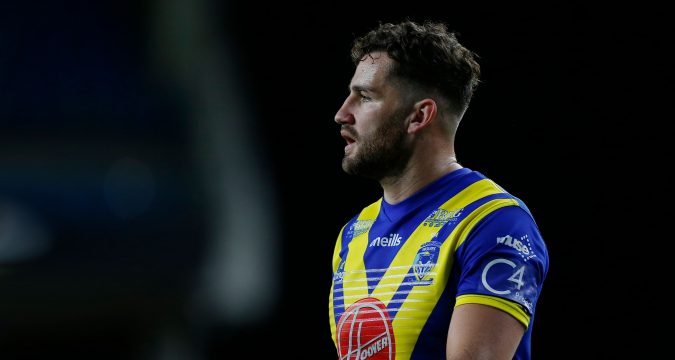 The in-demand outside back and England World Cup hopeful is a free agent at the end of this year and has been offered a new deal by the Wolves, but it remains unsigned. According to reports, St Helens, Catalans and Hull KR have all shown interest.

Now League Express understands Wigan are also keen on the 24-year-old. It is believed King last year knocked back a contract-extension offer from Warrington as he wanted to challenge himself in the NRL.

But now the Yorkshireman is set on staying in Super League and is testing his value in the free-agent market.

Wigan need a quality centre with Oliver Gildart poised to join Wests Tigers at the end of this year. King came through the club’s youth system and made his Super League debut in 2014. He has made more than 100 appearances and played in two Grand Finals and three Challenge Cup finals.

An Ireland international, King has also made three appearances for the England Knights and in 2020 he was named in the Dream Team. This season the centre has been in exceptional form, scoring five tries in five Super League matches. He is averaging 125.2m, 2.2 tackle busts, 14.2 carries and 14.6 tackles per game this year, and has also notched three try assists. His elder brother George is currently on the books at Hull KR.

Gildart will follow Jackson Hastings from Wigan to Wests next season, according to reports coming out of Australia. Nine News claim the 24-year-old England and Great Britain international, who is coming to the end of his contract, has told teammates he intends to head to the NRL. The club Academy product has long been linked with a move Down Under and last year signed up with an Australian-based agent.

Gildart made his Wigan debut in 2015, and after stints on dual registration at Workington and on loan to Salford, became a regular pick. He has made 129 appearances for the club, scoring 61 tries, although he has yet to feature this term due to a groin problem picked up during pre-season.

Wigan have a Super League derby at Leigh on Monday and visit Salford on Saturday.