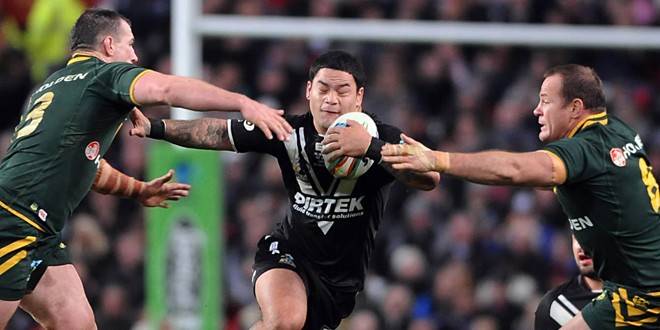 New Zealand coach Stephen Kearney has praised three Kiwi stars after watching them impress during the first round of the 2014 NRL season.

Hooker Isaac Luke, and second-rowers Alex Glenn and Jason Taumalolo stood out for the 41-year-old, who was reappointed as national coach last month and assists at Brisbane Broncos.

He said: “I thought there were some great performances all across the weekend. The boys at Melbourne were terrific in that Storm comeback, while Jason Taumalolo and Antonio Winterstein played really well for the Cowboys.

“I thought his [Issac Luke’s] performance on Thursday night was our performance of the week. Issac was probably the best player on the park and although Greg Inglis got three tries, Issac did a lot of the leg work defensively.

“Alex [Glenn] is obviously one of our boys at Brisbane and had a really big game for us on Friday night. He had 20-something carries for close to 200 metres and defensively, I thought he came up with some really big tackles.

“Jason [Taumalolo] made a really big difference on Saturday, with his powerful running and playing for 80 minutes. His combination with Johnathan Thurston is going to be a real test for us at the Broncos when we face them this week.”