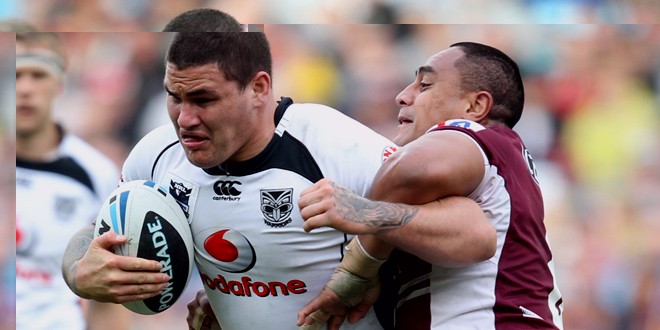 Former Kiwi Test forward Russell Packer has been jailed for two years for an unprovoked, alcohol-fuelled attack on a fellow New Zealander outside a Sydney hotel in November.

The sentence caught Packer and his lawyer by complete surprise.

But the magistrate Greg Grogin told Packer in court: “Your behaviour on that night was nothing short of disgraceful. It is deplorable … you should be ashamed.

“The community is sick and tired of the behaviour you exhibited that night.”

Packer had pleaded guilty to punching the 22-year-old in the side of the head with a clenched fist, causing him to stumble backwards.

Packer, who had been kicked out of a Martin Place bar for being drunk before the attack, then moved forward and continued to strike his victim in the head repeatedly until he fell backwards and was motionless on the ground. He then punched him in the head again and stomped on his face, leaving the victim with two fractures.

The tough sentence was handed down despite a letter from Newcastle Knights coach Wayne Bennett in support of leniency.

“If given the opportunity, the Knights can help him develop his social skills,” Bennett’s letter read.

“There is a strong leadership group at the Knights who are all committed to working with Mr Packer during the rehabilitation process.”

Bennett said the club had organised a treatment plan dubbed ‘Project Packer’, which would address his issues involving alcohol, anger management, etiquette and social skills, as well as helping him with community service.

Packer is appealing the severity of the sentence, but magistrate Grogin refused to allow him free on bail pending that appeal.

Packer played two Tests for the Kiwis during the 2011 Four Nations Tournament.

And he isn’t the only Knights player in trouble with the law.

Cook Islands World Cup forward Zane Tetevano has been hit with an apprehended violence order (AVO) after an incident that left his girlfriend with bruises to her arm, chest and back.

In a bizarre chain of events, she refused to take action against Tetevano, so the police did so instead.

And a magistrate ordered the 23-year-old star not to approach her within 12 hours of consuming drugs or alcohol and not to damage or destroy her property.

But the couple can continue to live together as long as he is sober and drug free.

Breaching an AVO carries a maximum penalty of two years’ jail and a fine of $5,500.