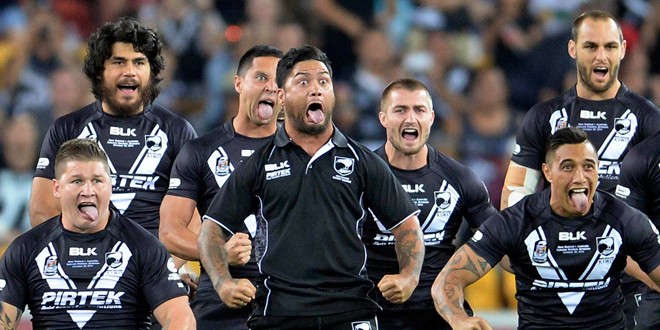 New Zealand coach David Kidwell has refused to reveal his lineup for the Four Nations final, and even his players had claimed as late as Friday that they have been left in the dark, although they were expecting to be told at dinner on Friday night.

Kidwell has admitted that he’s decided who will play at stand-off to replace the injured Thomas Leuluai, with most observers suggesting that the jot may go to Tohu Harris. But Kidwell himself refused to respond when asked who would get the job.

Apart from Harris the other choice is the inexperienced Te Maire Martin.

Kidwell has already confirmed in the selection of his 19-man squad that veteran winger Jason Nightingale and hard man Jared Waerea-Hargreaves would miss out on selection.

David Fusitu’a, who scored two tries against Scotland, keeps his place on the wing, and Kidwell denies he’s taking a risk by overlooking the experience of Nightingale and Waerea-Hargreaves.

“That’s what these decisions come down to.”

Kidwell rejected the idea that halfback and former Golden Boot winner Shaun Johnson would be under more pressure without Leuluai by his side.

“It doesn’t put pressure on anyone. It’s a team game,” he said.

“It will take the whole 17 to get the result that we want.”