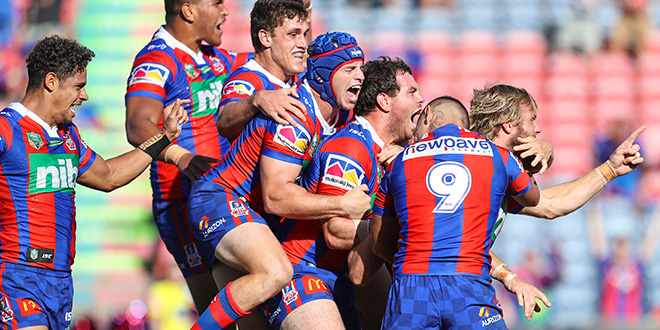 Newcastle Knights withstood late pressure from Brisbane Broncos to win 15-10 and earn their third victory of the season today at McDonald Jones Stadium, with their defence the key to victory.

They led 7-0 at half-time with one try created by fullback Kalyn Ponga for Lachlan Fitzgibbon. Ponga converted the try and Pearce extended the Knights’ lead with a field goal just before the interval.

Jacob Saifiti scored the Knights’ second try on 56 minutes when he took an inside ball from Pearce, with Ponga’s conversion apparently seeing them coasting at 13-0.

But the Broncos fought back when winger Corey Oates crossed out wide, although Jamayne Isaako hit the post with his conversion attempt.

Ponga then added a penalty to make it 15-4 before Anthony Milford gave the partisan home fans the jitters when he scored from close range to make it 15-10 after Isaako’s conversion with six minutes to go.

But despite their late challenge, the Knights prevailed and last year’s wooden spoonists have three wins from their opening five games.