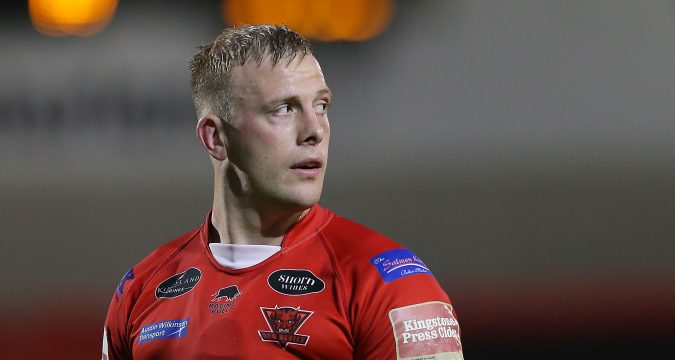 Salford Red Devil, Craig Kopczak will captain the Welsh Rugby League team for their 2017 World Cup campaign down under.

Kopczak has been captain for the past two years including leading them to the European Championship title in 2015 and qualification for this year’s World Cup.

“One of my best memories is leading Wales out in Cardiff in the opening game of the 2013 World Cup. It was a huge honour and it’ll be great to do it in another World Cup.

“I’m looking forward to the challenge. Each game is going to be really competitive and we need to make sure that we match Papua New Guinea, Fiji and Ireland in every department.”

The prop forward also spoke exclusively to League Express after Salford’s crushing defeat of Huddersfield Giants. Kopczak reflected on what has been a “dream season” for the Red Devils.

““It’s been a fantastic season, a bit of a dream season from where we’ve come from. We’ve worked really hard and said to ourselves that we don’t want to be in that situation again (the Million Pound Game). We got to the semi-finals of the Challenge Cup and we’ve got into the top-four in the regular season.”

Read more from Kopczak and many more Super League stars as well as reports, news and analysis in this week’s League Express, out now online and in the shops.