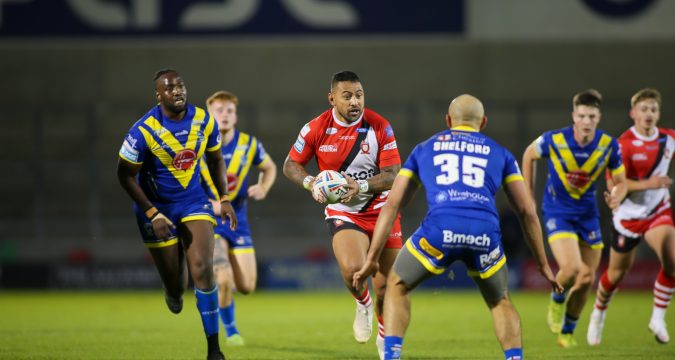 Luke Robinson has been handed his first loss at the hands of Ian Watson’s Salford.

Salford have now earned their fifth consecutive win in all competitions and continue to gain momentum ahead of their Challenge Cup Final next Saturday.

Huddersfield’s push for a top-four play-off place is now in doubt, but is still viable.

Lee Gaskell made his long-awaited return after suffering a broken thumb in early August.

Huddersfield were red hot in the opening quarter; Leroy Cudjoe found his way through and Aidan Sezer weaved towards the line.

Dan Sarginson’s sinbin motivated Salford to hit back through Chris Atkin, who intercepted the ball and raced away. Inu converted and added a penalty before half-time.

Kenny Edwards’ sinbin for repetitive team infringements gifted Salford six points; Krisnan Inu with a composed put-down in the corner. Inu added his second after he powered over out-wide.

Inu received a cut-out pass and dotted the ball down in the corner to complete his hat-trick and put any comeback beyond doubt.