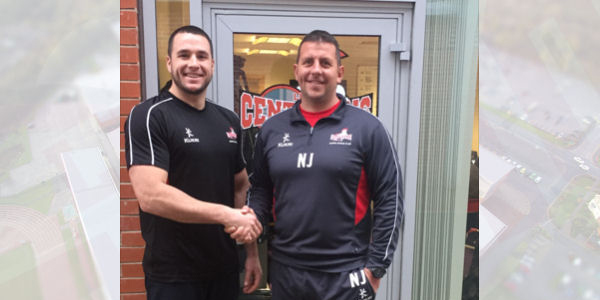 Leigh Centurions forward Lachlan Burr admits he’s looking forward to a bright future with the club – and insists they can stay in Super League this season.

The Australian forward originally arrived in the UK to take up a deal with Bradford Bulls before the Championship side’s demise, eventually moving onto Leigh ahead of their first season back in Super League.

And he said that while it’s been slightly more difficult than he envisaged to settle into life in England, he is now eager to be part of a positive future at the Centurions.

“I’m delighted to be at Leigh Centurions,” he said. “We are confident of achieving our goals of staying in Super League and building on this year.

“I feel the squad has a lot of potential and the fans are brilliant, the way they support and back the team. I’m really happy living in Leigh and the facilities at Leigh Sports Village are outstanding. It’s great to be able to go for a swim whenever I feel like it, it’s just like home!

“I’ve missed home a lot more than I thought I would but with thanks to the players, staff and fans at Leigh I’ve settled over here and I’m looking forward to the future.”

He continued: “I played those games for Sheffield and though it was very cold when we played at Oldham on my debut that was nothing compared to the conditions when we played Toulouse at Wakefield,” he says. “Fortunately we got a good win that day and it was certainly a game I’ll never forget.

“Now the sun has come out it has made it a lot easier for me and rather than going home after the end of the season I want to use my time wisely by doing some traveling.”