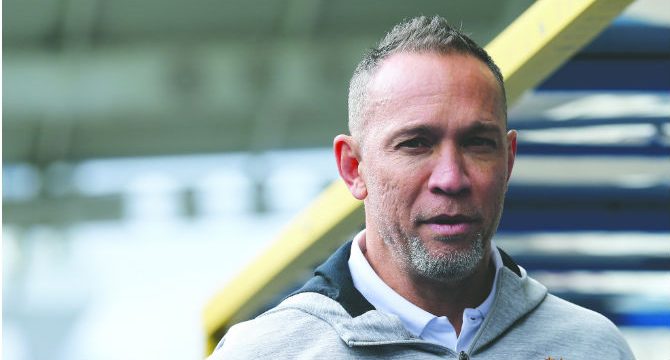 Wigan coach Adrian Lam is playing the waiting game over the fitness of key duo Zak Hardaker and John Bateman following the news that Bevan French is out for the season.

Hardaker, who has shone at fullback this year, has had treatment on a neck injury, while Bateman damaged an ankle playing for England against the Combined Nations All Stars.

A two-match suspension for a headbutt on Catalans’ ex-Wigan star Sam Tomkins provided a window of opportunity for Hardaker to get the nagging problem checked out.

“I’ve had an issue, and playing with it was giving a bit of grief,” he explained.

“With me being banned I went and got it checked out. It’s been seen to and in a few weeks I’ll be back firing.”

Lam, who played Jackson Hastings at fullback in Wednesday’s 40-14 home Super League defeat by Warrington, said of Bateman: “It’s a high ankle strain, he’s in a boot for a week and once that comes off, it’s more a week to week thing.”

French has told Wigan fans he’ll be back to his best next year after being ruled out for the remainder of this by a hamstring injury.

The former Parramatta back has returned to Australia to continue his rehabilitation following surgery, but only after activating a one-year contract extension.

French sustained his injury in the 17-16 Super League win at Salford last month.

Wigan recently announced that winger Dom Manfredi is to retire at the end of the season on medical grounds after suffering a knee injury in training.

And back in March, Australian back Jai Field was ruled out for five months with a torn hamstring sustained on his debut.

He missed the opening three rounds of the current league campaign, returning with two tries in the 22-12 home victory over Castleford in April.

“I’m obviously upset about my injury and the duration of it, but the silver lining is that it has allowed me to re-visit home during a very difficult time for me and my family,” he said.

“I have specific goals I would like to achieve whilst at Wigan and I have yet to do those things, which plays a role in my decision to take up my option.

“The club staff and squad members have also been very understanding of my situation at home, which makes me want to repay the club and the fans.”