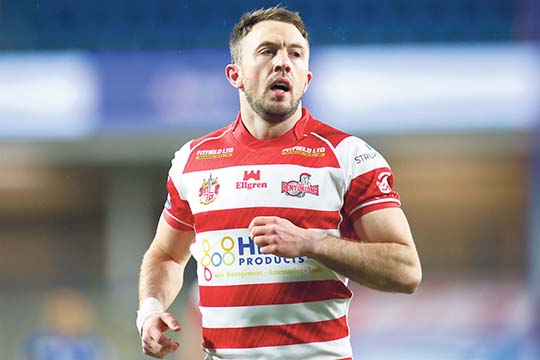 Leigh’s Super League survival hopes have been dealt another blow with the news that talented fullback Ryan Brierley faces a month out due to an eye injury.

The former Huddersfield, Toronto and Hull KR player, who is in his third spell at the Centurions, needed surgery after being injured during the 48-18 loss at Leeds on Thursday.

It was a 13th defeat in as many league games this season for Leigh, who are next in action at Hull on Sunday.

The Centurions, under the caretaker leadership of Kurt Haggerty for the fifth time after the departure of coach John Duffy, have conceded more than 500 points.

They folded at Headingley after initial promise, and Haggerty, who saw loose-forward James Bell yellow carded for a dangerous lift with his side 6-0 in front, said: “Once we had the sinbinning we never really recovered. We were scratching at twelve men and when we went back to 13, there was just too much to claw back.

“There are still good signs in there for us. We are getting in games, we’re just not staying in them. “We need to feel through the moments when things get sticky.”

Scotland international Brierley, 29, who suffered a split eyelid while attempting to make a tackle, has been one of the club’s best players during a difficult campaign.

He is reportedly on the radar of a string of rival top-flight clubs as recruitment drives for next season are ramped up.
Brierley returned to Leigh in October, before the bidding process for clubs to take Toronto’s place in Super League began.

The Centurions went on to beat Bradford, Toulouse, London Broncos, York and Featherstone in the process which followed last year’s mid-season withdrawal of the Canadian club.

Having submitted a 430-page booklet to back up their bid containing extensive statistics on season-ticket sales and attendances, examples of the club’s work in the community developing Rugby League and detailed breakdowns of their digital and social-media footprint, they were the unanimous choice of an independent panel.

It’s the club’s third tilt at Super League after 2005 and 2017, when they were relegated each time.