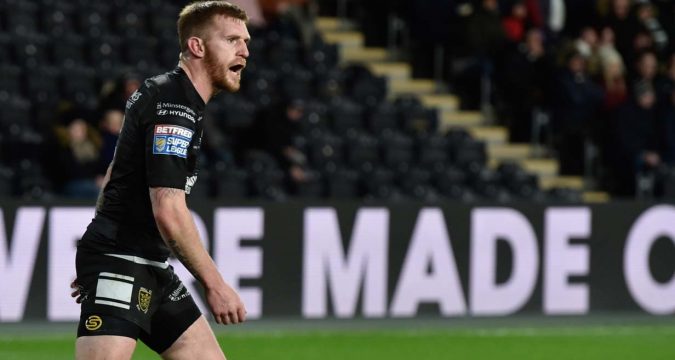 A late Marc Sneyd penalty provided Hull FC with a crucial victory to keep their top-four hopes alive by the slimmest of margins.

Huddersfield equalised on 30 minutes as a delightful cut-out ball from Lee Gaskell found Leroy Cudjoe, who flicked a no-look pass to Jermaine McGillvary in the corner. Aidan Sezer missed the conversion.

Mahe Fonua raced his way over the line in the final moment of the first half to provide his side with a half-time 10-4 lead.

Sezer’s lofted kick was collected fantastically by Matty English, who climbed above all to dot the ball down under the posts and level the scores.

Bureta Faraimo strolled over on the left edge to give Hull the advantage once more.

Tom Holmes’ pass from dummy-half allowed Sezer to burst through a gap in the line and make the scores all-square for the second time.

Kenny Edwards conceded a penalty for being offside at marker; Marc Sneyd booted over the resultant penalty which proved to be the difference between the two sides.