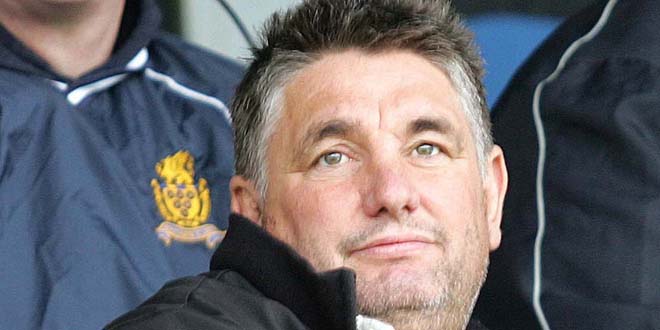 Following Barrow Raiders’ victory at Coventry Bears, coach Paul Crarey said: “We were a bit scrappy last week to be honest. The rucks were a bit slow and it was a real slow game. We were low on completions, around about 55 (per cent) for the whole game, which is ridiculous to then go on and win the game but defensively I thought we were very very good.

“Even when we were down to 12 men we defended numerous sets on our own goal line but against Keighley it will be a different proposition. Our mindset has got to be totally different to what it was at the weekend.

“They’ve got everything; they can play, they’re tough and well structured so it will be a big test for us, especially without (suspended) Liam Campbell in our side. We missed him last week and it’s about how we match up and try and break Keighley down without him.

“We’ve been really good at home and we’ve won two games on the trot away from home. We’re looking forward to it, it will be a high intensity game, it always is against Keighley. We’ve got to go from minute one to minute 80, if we don’t we’ll get turned over. We’ve been instilling in the boys all week that we’ve got to have a high completion rate and have a good process.”

Keighley Cougars looked to be coasting to victory over Oldham last week when they led 26-0 at half-time but only ended up winning 32-24. Coach Paul March said: “We lost Jesse Sheriffe and Sean Kelly in the first half, which meant we had to shuffle a few things about in the second half which disrupted us a bit with ball in hand. We let ourselves down defensively in that second half. I think we need to put an 80 minute performance together this week.

“Going up to Barrow is going to be tough. That win won’t do anything for us if we don’t go up there and back it up this week.”

Kelly is definitely out with a knee injury while there is a doubt over Sheriffe’s availability following his ankle injury.