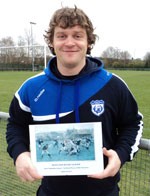 Swinton Lions coach John Duffy said: “It was a tough game down at Hemel, we played really well. We rested a few players and tried a few players in different positions so it was a good hit out for us. We’re looking forward to this week, which is probably the biggest of the season – a tough game against Newcastle.

“Obviously they’re riding pretty high at the minute, are real confident and have got some great players. Stanley’s doing a great job up in Newcastle so we’re really going to have to train hard and focus this week if we want a result.”

Newcastle Thunder had a 32-14 win over York City Knights in front of their biggest crowd for many seasons. Coach Stanley Gene said: “It was a very good win for the club all round.”

Looking ahead to Sunday’s game he said: “Swinton are a good side, they beat us in the semi-final of the iPro Sport Cup. They are a team who have played Championship for a while so it will be a good challenge but I think this time round we’ll be ready for them.”