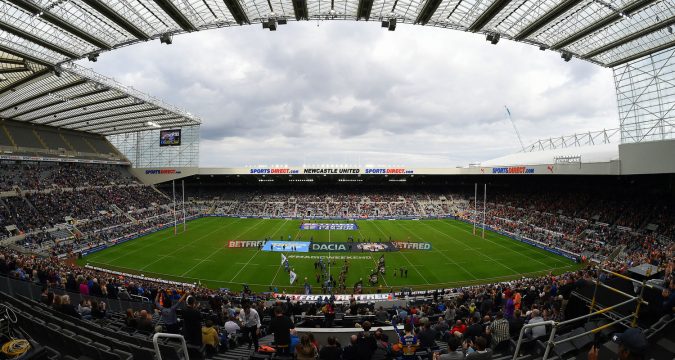 Each week, we’ll be picking out the top letter from our world famous League Express Mailbag in Monday’s paper and featuring it in-depth on our website throughout 2018.

We start with an interesting letter from a person in a position of some importance – Councillor Rob Higgins of Newcastle City Council.

Newcastle City Council have certainly taken the sport to their hearts in recent years with the success of Magic Weekend in the area – and Cllr Higgins believes the sport has the opportunity to flourish in the area in the coming years.

Want your name and thoughts featured in our weekly spotlight? Then share your views in our Mailbag by emailing mailbag@totalrl.com!

I was delighted to have the opportunity to attend the recent World Cup in Australia and New Zealand and many thanks to Glory Days for making it such an unforgettable experience.

The games themselves were brilliant and, in particular, who could forget the match against Tonga in Auckland that possibly surpassed virtually any sporting occasion that I have witnessed throughout my lifetime.

However, the real bonus of the tour was the opportunity to meet so many other Rugby League fans from the heartlands of the game and to hear of their teams and the lifelong support that they have given to the game they love.

I was particularly taken by those supporters from the less fashionable outposts of the game who have stuck by their team through good times and bad and will never be swayed to take their allegiances elsewhere.

I myself continue to reach the gospel of this great game up in the North-East, where yet again we will be hosting the Magic Weekend for the fourth year in a row in May.

It was heartening to hear from so many fans who really look forward to their annual pilgrimage to Newcastle and how highly they speak of the attractions of our wonderful city, which has so much to offer.

Tyneside remains a football hotbed, as we all know, and will probably always be so. But I continue to be optimistic that the game of Rugby League played at the highest level has a future here, as shown by the exploits of Gateshead Thunder some years ago.

The club has now moved across the river into my city and has great facilities at Kingston Park. Through my links with Newcastle Thunder and my support for junior clubs in the area, I hope we can build on this progress and the publicity that Magic Weekend will yet again bring to the sport in my area.