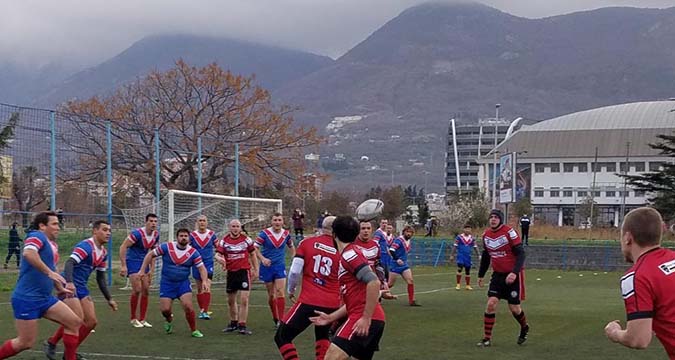 NOT EVERYTHING IS ELSTONE’S FAULT

Garry Schofield (Pulling No Punches, Mar 8) rightly muses that the likely reduction in value of the Sky TV broadcast contract is neither a consequence of Robert Elstone’s Super League stewardship, nor of the Coronavirus pandemic.

All the evidence gathered since pay-per-view was introduced, is that moving a sport from a free-to-air platform results in a reduced audience, and one that will continue to shrink. Research shows that, overwhelmingly, only people already interested in a sport will pay for a subscription to watch it, whether on TV or online. Nobody purchases a subscription on the off-chance that they might like a sport. Sports as diverse as Formula 1, cycling, gymnastics and of course, Rugby League, all gained national prominence when they were free to air.

The decline in Formula 1 viewing figures since it went behind a paywall has been marked, and is matched by those of both cricket and Rugby League. Cricket has recently come to the conclusion that a subscriber model will not be enough to sustain it, and has been exploring ways to get back onto terrestrial television. Other sports, hopefully, will also realise that, before their diminishing returns become irreversibly damaged. Only football, due to its ubiquity and international dimension, seems able to buck that trend, but paid subscriptions are even falling for football in some countries.

Of course, the solutions to this problem are intangible and unclear. Simply reverting to free-to-air would undoubtedly reduce income, in the short term, but it is becoming obvious that making people pay to watch their favourite sport on TV, or online, is not the panacea that it was once believed to be. It can only lead to a decreased fanbase.

SKY SHOULD LEARN FROM OZ

I have just watched Melbourne Storm v Sydney Rabbitohs from Australian TV and not once during live play did they show replays of incidents in the match. Then I reflected that Super League will be shown on Sky in a fortnight, with endless replays of any minor incident when play is in progress.

When a player knocks on it is not that special, so why do we have to see it again, sometimes more than once. In Australia they assume you have two eyes and a brain, but in England it’s assumed you are a moron and need to be led through the action small steps at a time.

As for the commentary, I thought things would improve post Eddie and Stevo, but how wrong can you be. They drone on with meaningless statistics, which I can only assume means they are not crash-hot on player identification.  That great cricket commentator Richie Benaud had good broadcasting advice – if you can’t add anything to the picture don’t say anything. Please Sky, take note.

I have read a lot of criticism of Robert Elstone lately but I would like to thank him. Thank you for getting rid of Toronto and killing their dream. Thank you for killing of expansion in North America. Thank you for lumbering clubs with a £750,000 debt. Thank you for taking Magic Weekend to Liverpool when it was successful in Newcastle.

I can only assume that the other rugby code egged you on, as you have tried to do to Rugby League what they have been trying to do for years.

AS A CERTAIN MR ASQUITH SAID

Recent headlines in League Express succinctly announced some growing excitement and anticipation for the forthcoming season.

Despite the necessary restrictions and unparalleled regulations caused by this awful pandemic, most supporters eagerly await the kick-off later this month. Fans of the various clubs always look forward to the early fixtures because they can give an indication as to how their favourite sides may fare. I am no different, and I wonder whether my side might go one better this year and deny St Helens a hat-trick of titles.  “We shall see,” as Mr Asquith once said.

Last week, Mr Williams of Newton-le-Willows cited the cross-code journey of a young Kyle Eastmond, about ten years ago. We learn now that Kyle has been snapped up by Leeds on his return to what may be his first love, after a lengthy adventure in Union. Good luck, Kyle. But Mr Williams also warns that players who return from Union never, or very rarely, recapture their earlier, evident League skills and match performances.

Kyle’s leaving Saints all those years ago partly reminds me of another young halfback with lots of promise, who left his club. Not for Union but to play for other clubs – perhaps unhappy with his lot at his first club. His name was Sean Long. Whatever became of him?

One guy I would love to see return to League (at Wigan) from Union, is Shaun Edwards.

I am looking forward to the new season commencing this month as 2020 was a very frustrating year for all concerned in Rugby League, with Covid-19 and all the restrictions leaving the clubs with no income from the fans.

I was not shocked by the announcement that Robert Elstone was to leave his post. He had been in position for three years and, from what I could see, had made very little contribution. Will we ever get to know how much money he cost the sport during his time? I would guess it is mind- blowing. The sooner Super League returns to the fold the better. The RFL needs to get a grip, ensure this organisation starts to pull in one direction, control those Super League clubs that want everything their own way, and see that this remains a sport down to its grass roots.

As every year, we have a rush of new rules announced. The NRL has seven for this season. How are these changes possible?

We now have at least three different sets of rules depending upon which country you are in, and whether or not the game is an international. You would not see the other mob allowing clubs and other countries to mess with their rules. It’s about time all clubs and all countries playing Rugby League should operate under one, overall body, and rules should be agreed by all before being implemented. It must be frustrating for players and officials, having to get together and dependent upon which country remember which rules they are playing to. Madness!

Something that also needs looking at is the play-the-ball. Just rolling the ball and stepping over it is a joke. The NRL has reintroduced the correct interpretation of the rule and not to the detriment of the game. Another gripe is ‘golden point’. Why are players now asked to add extra minutes to the game to determine a winner, when both teams have fought throughout the 80 minutes and both may deserve a share of the points.

Tired players make mistakes and that could lead to serious injury.

I totally agree with all the recent comments on ‘Golden Point’. Why was it introduced in the first place?

It has had a detrimental effect for people like me, who rely on public transport to attend games. My train leaves St Helens Central at 10:10 pm and I then have to change trains in Liverpool, arriving home at 11-45pm.

For once, the RFL has taken decisive action in relation to a very important problem.

In this long-running Covid pandemic, avoiding a serious and possible shambles over fixtures involving Toulouse. The direct action by the governing body has to be applauded, and asks the question, “What would Elstone have done if it had affected Super League?”

I now feel, even more certain that Super League should be re-incorporated under the RFL umbrella.

GO FOR GARRY AND MARTYN

I would like to wish all the lads from these shores the very best in their careers ‘down under’. They are our own game’s loss due to our penchant for imports.

As for the departure of Robert Elstone who (I agree with other writers to League Express) we are better off without, when it comes to the running our great sport, could consideration now be given to the likes of Garry Schofield, Martyn Sadler and others with their level of knowledge?

Garry’s expertise at the highest level should be co-opted onto the governing body after control of Super League is returned to the RFL, with consideration being given to Mr Gary Hetherington as Chairman. The reason for that choice is that Gary stood up to be counted when the rest of the sheep went for the wrong option.  There must also be great businessmen interested in getting involved.

As far as marketing goes, what about getting the Hearns involved. Look at the job they have done for boxing and snooker. Please can we have some better entrepreneurial thinking for the greatest game on our planet?

I am a Wigan fan but am still an admirer of Gary Hetherington and the things he has tried to do for the game.

I really enjoyed the interview with Lee Crooks, a fine player and the interview oozed honesty.  Interviews with past players are, for me, one of the highlights of this publication.

Lee should not feel bad about the goals he missed at Wembley in 1985. Later that year he kicked of one of the finest goals under pressure I have seen, to tie the series with New Zealand, at a time when most people expected him to miss from near the touchline, and with such poor conditions as well. It certainly brought a lot of joy to this nine-year-old (at the time).

A PIECE OF ADVICE

With Hull KR having a temporary stand, how many fans can Castleford and Wakefield bring if fans are allowed to be seated only? Maybe they should use Featherstone.