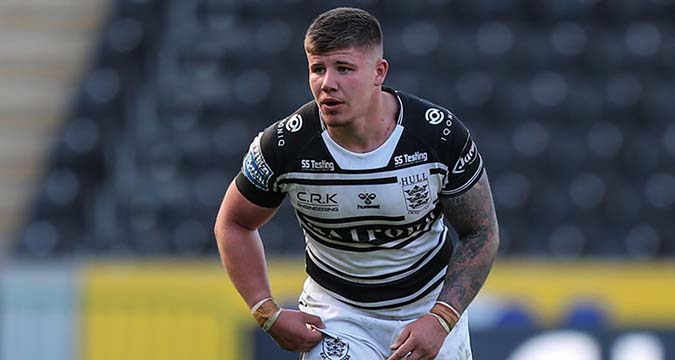 These are this week’s Rugby League highlights over the last seven days as published in this week’s edition of League Express.

CLUB: Hull FC produced a sterling performance to end Wigan’s unbeaten start to the season, winning 20-10 in the Challenge Cup quarter-final at Headingley on Saturday.

PLAYER: Callum Phillips scored four tries coming off the bench for Whitehaven on Saturday as they defeated Oldham 36-4 at Bower Fold.

TRY: Mike McMeeken scored the Catalans Dragons’ only try against Warrington Wolves on Friday came from a brilliant series of passes, including one between his legs from Josh Drinkwater.

STORY: The decision of the RFL Disciplinary Committee to suspend Wigan player Tony Clubb for eight matches for racially abusing Hull FC’s Andre Savelio in the Super League match between the two clubs.

QUOTE: “Rugby League prides itself on being a family game with a zero tolerance towards unacceptable language and behaviour. All are aware of the efforts made in the Tackle It campaign. We are also aware that we must send a strong message that this will not be tolerated in Rugby League. On the other hand we have considered the character references placed before us by Wigan Warriors from those who know him (Clubb) well at the club. We do not find that he is a racist, simply that on this occasion he used unacceptable language in the heat of the moment. We have therefore reduced the penalty to take account of his character and good disciplinary record to a suspension for 8 matches and £500.00 fine.” The RFL Disciplinary Committee’s rationale for the eight-match suspension it handed out to Tony Clubb.

TWEET: “Calling someone Polynesian is as racist as calling you English. However when you put the words ‘stupid’ and ‘c***’ on either side of any race/nationality, and given the context, it is a racist slur.” Nick Frost (@Frosty1984) in a tweet that was re-tweeted by Andre Savelio.

IMAGE: Josh Addo-Carr of the Melbourne Storm scoring try after try – six in all – to become the first player to score six in a game down under since Newtown’s Jack Troy did it in 1950.