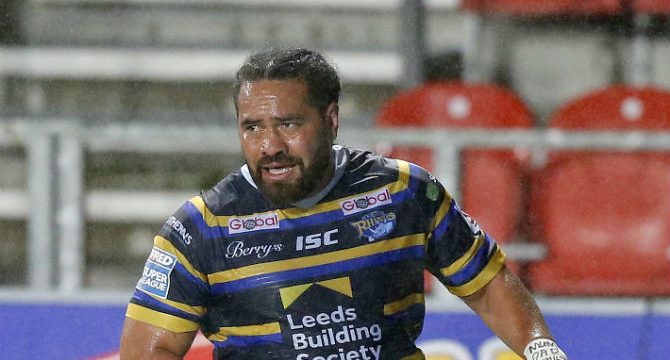 Leeds Rhinos picked up a dramatic win over Castleford as they secured a 28-24 contest.

An eventful contest featured a red card, a penalty try and several flashpoints.

Liam Watts had scored early to give the Tigers the lead but Ava Seumanufagai levelled the game soon after.

Oliver Holmes was then red-carded after a confrontation with Richie Myler, kicking the fullback after he had been elbowed.

Eden would finish superbly to give Castleford a lead, and what followed was a herculean defensive effort that saw them hold Leeds over the line four times.

But eventually, Leeds would strike. Liam Sutcliffe scored from Myler’s pass and minutes later a Derrell Olpherts error saw Tom Briscoe score in the other corner.

Rhyse Martin would score soon after to extend the lead but a late penalty try for a Konrad Hurrell infringement brought Castleford to within four late on.

But Leeds held on.