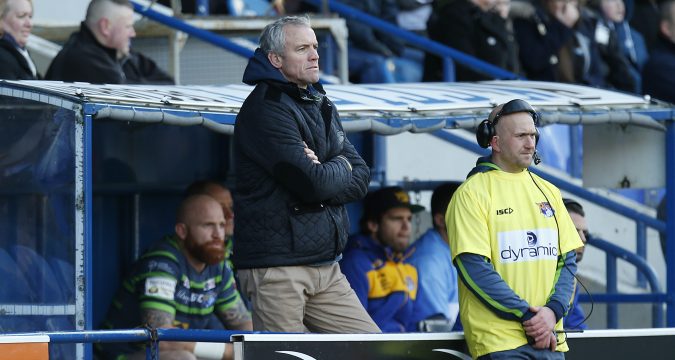 Leeds Rhinos and Featherstone Rovers will continue their dual-registration arrangement in 2017, which the Rhinos say will “benefit players from both clubs during the campaign.

In 2016, the likes Ashton Golding, Ash Handley, Jordan Baldwinson and Josh Walters all featured prominently for Featherstone as they qualified for the top four in the Championship – where, ironically, they faced the Rhinos following their disappointing 2016 campaign.

Leeds said on Wednesday that both coaches – Brian McDermott and Jon Sharp – will continue their working relationship as well as both players coming together for joint sessions at the Rhinos’ Kirkstall base on several occasions in 2017.

As well as Leeds players joining Rovers to train and play on dual-registration, a handful of Featherstone players will have the opportunity to train with the Rhinos during the week as well.

“As a club we have often stated our support for the RFL’s dual-registration initiative,” said McDermott.

“It worked well last year and we have looked at ways to develop that relationship for the benefit of both clubs. We will be hosting Rovers at Kirkstall on a few evenings during the season and have offered the chance for a handful of their players, who do not have other jobs during the day, to come down and train with us to develop their skills and fitness.

“I think it was telling how much enjoyment and satisfaction players like Jordan Lilley, Ashton Golding and Josh Walters got from their time at Rovers last season and playing a part in achieving their place in the Qualifers. The players enjoyed working with Jon Sharp and his coaching team and really benefitted from spending time in the excellent environment that Jon has created at Rovers.

“Jon could not speak highly enough of the conduct of all our players both on and off the field and that means a lot to us as an organisation. The whole purpose of the dual-registration process is to benefit our young players and develop their talent and I think ourselves and Featherstone are fully committed to giving our young people the best chances of fulfilling their potential.”

The two teams will meet in January in a pre-season fixture at the Big Fellas Stadium on Friday 27th January.