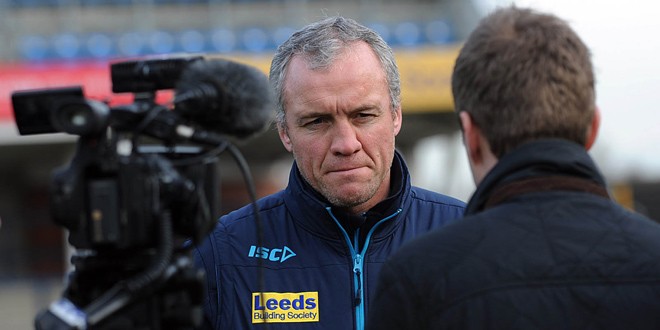 Leeds Rhinos head coach Brian McDermott admits he knows his starting line-up for next Saturday’s Challenge Cup Final – but admits there are still spots available on the bench.

The Rhinos bid to end their 15-year hoodoo with the Challenge Cup next weekend when they lock horns with Castleford Tigers at Wembley, and McDermott told the media on Thursday that he’s close to finalising his team for the game – with over a week left before the showpiece event.

“I’m reasonably close,” McDermott said. “I don’t think I’d be surprising anybody if I was to name my starting 13 now. I think everyone can work that one out.

“But we’re not pulling the drawbridge up on the bench. There’s a couple of bench spots up for grabs this weekend.”

McDermott also said he had no issues about Kevin Sinfield’s match fitness – with the Rhinos captain playing potentially just his second game in five weeks against Cas next Saturday – if he is left out against already-relegated London this weekend.

“I reckon Kev would be all right for the final even if he didn’t play against London,” he said. “In terms of fitness and match fitness, he’s got enough miles on the clock.

“He’s played hundreds and hundreds of games and he’s like a few in the group that keep themselves in good nick. He enjoys training. Fitness is not part of the job for them, it’s a lifestyle.”