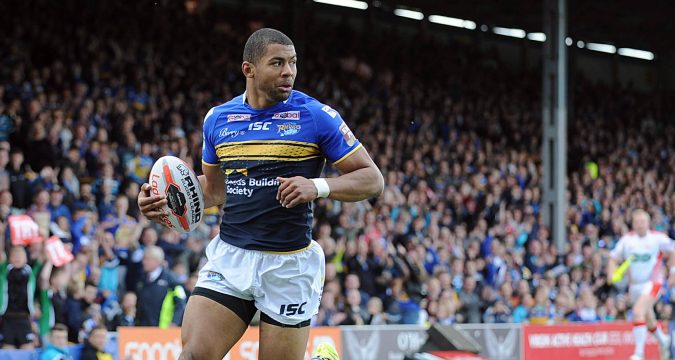 Kallum Watkins insists he can still get better, despite enjoying a trophy-laden year.

The Leeds Rhinos and England star won the domestic treble with Leeds whilst playing in all three tests as England won the Baskerville Shield following their series triumph over New Zealand.

On an individual level, Watkins was voted Leeds’ player-of-the-year and also earned a place in Super League’s Dream Team.

However, the centre, who was a surprise exclusion from the Man of Steel shortlist, believes he has plenty of room for improvement.

“I want to perform at a top-class level, especially on the international side of things.

“That’s something I don’t think I’ve done yet. That’s a big goal for me, to continue to play well at club level, keep improving as a player and do everything I can to make myself a better player and get better at international level.”

Despite scrutinising his own performances, Watkins did express his pride following an incredible year for club and country.

“It has been a dream this year,” he said.

“I have enjoyed a great year, for both club and country and it has been an honour to be part of it.

“I am just going to enjoy it now, have a little break and reflect on things, but it has gone very well and I’m very happy with how things are.

“But I am a team kind of guy – it doesn’t matter how I play, as long as I give it my all. Some things didn’t go well for me on Saturday (in the third and final Test), but I kept going.

“I didn’t give in and I did what I needed to do. The big thing is we went on and won it, which is really special.”