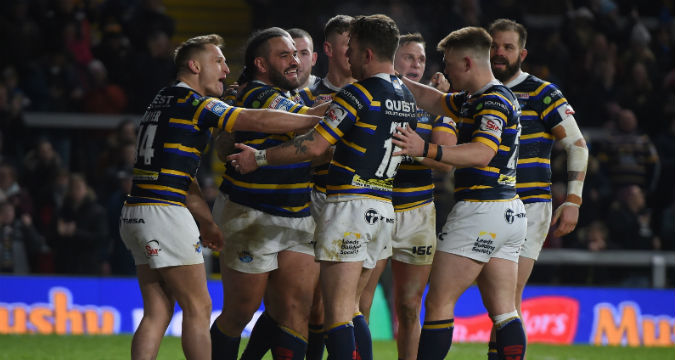 Leeds Rhinos and Huddersfield Giants have closed their training ground after breakouts of Covid-19.

Six Rhinos players and one member of staff have tested positive during the last ten-day period, which has prompted the club to suspend training for the next five days.

The Giants have followed suit after an outbreak that has forced several into isolation.

Those who have tested positive, as well as those identified on track and trace, will now self-isolate for the next ten days. Both training facilities will undergo deep cleans.

Leeds Rhinos Director of Rugby Kevin Sinfield said: “Firstly, I would like to thank our players and staff for how they have adhered to the guidelines and rules in place since we returned to training.

“We are in a privileged position as an elite sport that we can continue to train. With that privilege comes a great deal of responsibility. Whilst this may be a short disruption to our pre-season plans, it is important that we look after the well being of our people, their families and the local community.

“We have increased our biosecurity from last season and everyone is vigilant about ensuring we lessen the probabilities of spreading the virus. Because of our increased testing since New Year, it has become evident that, despite all our pre-cautions, the virus has continued to spread within the group. We hope this short period will act as a fire break and enable us to move forward next week.”

Huddersfield’s Managing Director Richard Thewlis added: “We have followed the guidelines laid down precisely and quickly which meant that following this morning’s lateral flow testing a threshold was hit whereby we immediately closed our facility and will take a five-day break again as per the guidelines. In that time the training centre will undergo a full deep clean and in order for a return to training to be sanctioned further testing will take place for all staff and players next week.”