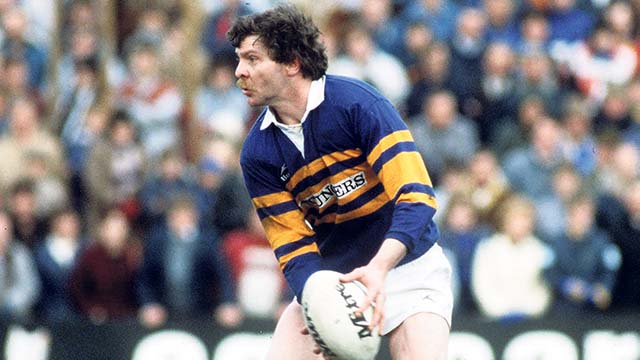 Anyone who is old enough to have seen John Holmes play for Leeds can feel very fortunate to have seen a Rugby League genius at work.

In last week’s League Express Dick Huddart described the late, great Australian Reg Gasnier as poetry in motion. And certainly I’ve never seen a player move down the field with the combined balance and pace of Gasnier.

But Holmes was certainly the best passer of a ball I’ve ever seen, while he was also a superb kicker of the ball. He was the top scorer in the 1972 World Cup, which Great Britain memorably won.

He could put a player through a gap or give a cut-out pass to his winger from the middle o the field effortlessly, and the thing was that you never could tell which pass he was going to give. He must have been a nightmare to defend against.

In 2019 Leeds commissioned the sculptor Steve Winterburn, the man who created the Wembley statue of five of our greatest players, to sculpt a statue of Holmes that would be placed in front of the South Stand at Headingley.

It couldn’t be a more appropriate venue, because of course Holmes was a hero to thousands of Leeds supporters who used to pack the South Stand.

The statue will be unveiled at 10.00am on Sunday morning. Supporters will be able to attend to witness the unveiling and later on there will be a lunch organised in the Emerald Suite at Headingley to celebrate the life and achievements of John Holmes.

Tickets are £50 each and they are apparently selling out fast.

Anyone who would like to attend should contact Phil Holmes, John’s brother, via his email address pnholmes@gmail.com.