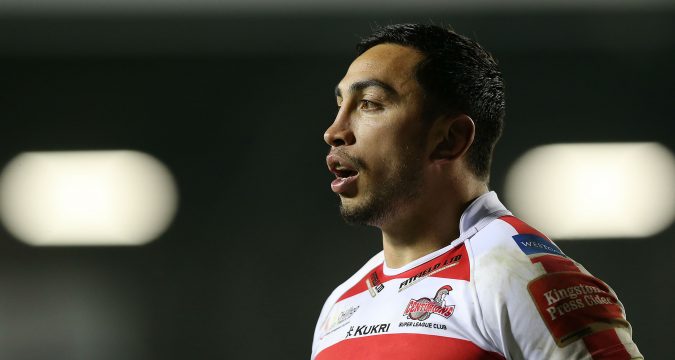 Leigh Centurions have confirmed that Harrison Hansen has become the latest player to commit his future to the club – after he agreed a new two-year contract with the Championship side.

“Harrison’s future at the Club was never in doubt but sometimes the commercial world dictates the pace of contractual agreements and that was the case here. ‘H’ is a born competitor, a warrior and that is a trait any team would want to inject into their squad,” Centurions owner Derek Beaumont said.

“It has been a difficult period for me with the squad situation and frustrating not to be able to squash speculation around Harrison’s and the club’s intentions to each other. I hope this announcement will demonstrate to the fans that we can’t always say what we would like but we are acting in what we know are the best interests of the club and therefore in turn their best interests.

Leigh coach Neil Jukes said: “I’m really pleased Harrison has decided to stay with us and join the fight to get us back in to Super League. His efforts last year on and off the field were outstanding, which culminated in him clean sweeping all the major awards at the end of it.

“He’s highly respected and a true warrior of the game. I’m delighted those traits will stay with our club for at least two more years.”

Hansen said: “I’m very happy to be staying at the club. There are a lot of new faces and it is a completely different team. We are starting from scratch and building a new culture. It’s a shame it wasn’t there in Super League.

“Everyone is starting with a clean slate. Pre-season training has been a lot more organised and more intense. We had to step up as you can’t go through pre season going through the motions and then expect to perform.

“It reminds me of my Wigan days and pre-season training under Michael Maguire. The boys are ripping in well and getting to know one another. Everyone is there for a purpose and we’re a team now.”

After earning England international honours at youth level, Hansen represented New Zealand in 2006 and played for Samoa in the 2008 World Cup.

He turned down the opportunity of a testimonial at Wigan to join Salford – where he was one of their mainstays in a two-year period prior to joining Leigh for the 2016 season.

“I’ve turned 32 now but age is just a number,” Hansen added. “I feel in great shape and as I’m getting older I’m wiser. I want to carry on playing at Leigh as long as possible and help Derek and everyone achieve their ambitions.”