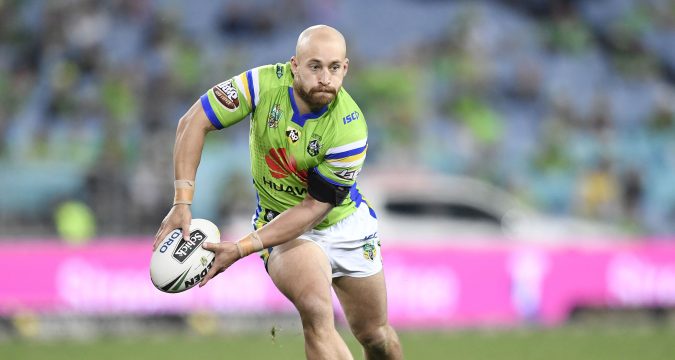 The hooker played four times for Papua New Guinea in the World Cup and a deal that will see him join the Centurions’ Championship crusade is likely to be confirmed later this week.

Leigh have swooped to land the Canberra star after a move to Warrington Wolves fell through. A deal was understood to be close, only for it to be called off during the latter stages of formalities.

Baptiste, who played 11 times for the Raiders last year, is being pushed out of the NRL club due to salary cap issues and will be granted a release to complete his move to LSV.

He will become the latest high-profile signing made by the club following their relegation to the Championship, following the likes of Drew Hutchison and Peter Mata’utia to the club. He will also help to replace Mickey Higham, the club captain who retired following the end of the season.

His departure will leave the Raiders even shorter in the hooker department, with England’s Josh Hodgson set to miss the majority of 2018 with an ACL injury.

Buy League Express today to get Neil Jukes’ comments on the link with Baptiste. Buy online now at TotalRL.com/le.