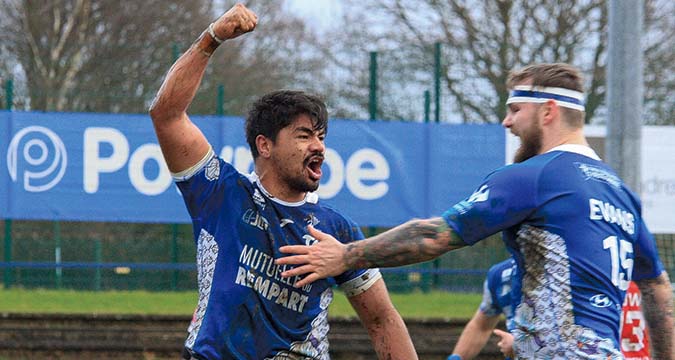 The 26-year-old joins the club from Toulouse Olympique and will link up with coach John Duffy after working with him in the Scotland setup.

A former New Zealand Warriors, Bell was due to join Toronto Wolfpack but the Leythers have wasted little time snapping him up following their expulsion.

“I have built a really good relationship with John Duffy through my involvement with Scotland,” Bell said.

“I was so excited when he told me that there was a spot for me at Leigh Centurions. It’s lucky I stayed in touch with him!

“I know several of the Leigh squad already including Ben Hellewell and Junio Sa’u and knowing some of the boys will certainly help me fit in. I’ve never played at Leigh Sports Village before but everybody I’ve spoken to tell me it’s a top class facility and I can’t wait to get over there.”

Duffy added: “James is a quality player and a quality person. He is a very humble man and totally dedicated to his goal of playing in Super League. I loved watching him during the World Cup – he’s a loose forward with great ball-playing ability.

“I’m very excited to have him at Leigh – he’s a player I’ve tried to sign before. He’s got great pass selection and gets through a lot of work, sometimes unnoticed. This is a sensational signing for us.”