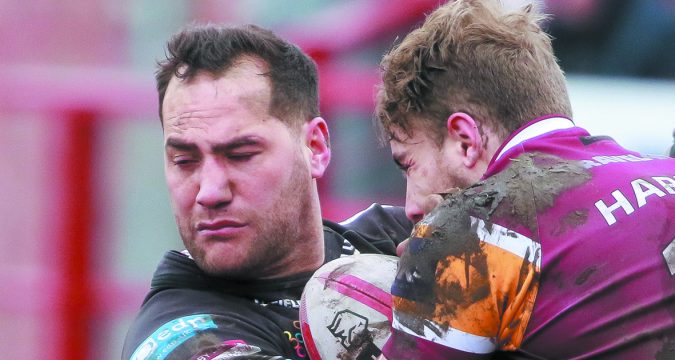 Warrington Wolves have swooped to snap up Bodene Thompson from Leigh Centurions.

The Wolves have wasted no time in making a move for Thompson, who was one of Leigh’s many high profile signings ahead of their return to the Championship.

The New Zealander, who turns 30 next week, is expected to be one of many to leave Leigh as they look to cut their wage bill with a place in the top four almost out of their grasp.

Their troubles haven’t gone unnoticed, and several clubs are hoping to capitalise on their perilous position by signing their prize assets before Friday’s transfer deadline.

Thompson made 24 appearances for the Centurions following his move from New Zealand Warriors, where he had spent three years before making his move to the Championship side.

He started his career with Gold Coast Titans before joining Wests Tigers in 2013.

Now, he will join up with Steve Price’s squad as the Wolves go in search of a first-ever Grand Final triumph.

Thompson is set to be one of many players to leave the club this week. Peter Mata’utia is set to join Castleford while Craig Hall has been linked with a move to Widnes.

TotalRL understands a number of other players have also held discussions with various clubs.